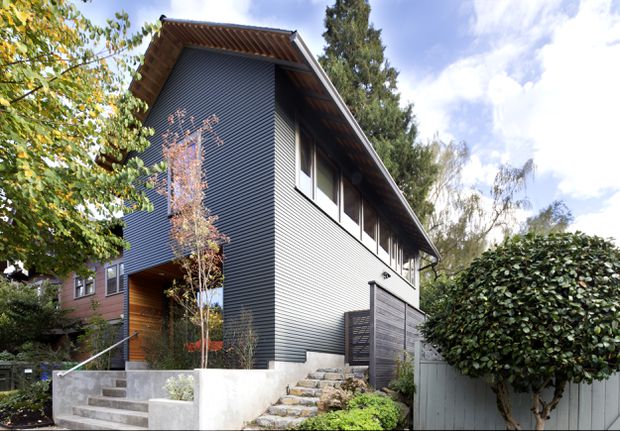 With Toronto’s 2018 laneway rental housing program finally generating new projects in older parts of the core, city planners are working on the sequel – zoning policies that would allow homeowners to build “accessory dwelling units” or “garden suites” in their backyards.

Council approved the idea in November under its plan to expand housing and rental options; consultations involving planners, contractors, architects and residents’ groups have begun, with a more specific set of guidelines and a pilot project expected later this spring.

The city also wants a policy that allows owners of properties that meet the criterion to build garden suites without a lot of red tape, as has finally become the case with secondary suites, which were illegal for many years. “We’re looking for as-of-right permissions as much as possible,” chief planner Gregg Lintern says.

While provincial land-use regulations allow for both basement suites and ADUs on residential properties in principle, the onus is on individual municipalities to shade in the fine-grain details about setbacks, size limits, fire access, open space and so on.

Architect Janna Levitt, a principal at LGA and a laneway suite veteran, says the new policy is long overdue, and creates the conditions for adding gentle density in house neighbourhoods that have become unaffordable even as their populations have dropped. “What they’re saying is that you can have three dwelling units per lot [as of right]. I think we’ll get a more resilient city while introducing more density.”

Some cities have made significant progress with ADUs, including Portland, Oregon, and Calgary, where the municipality is waiving a $900 permitting fee for such projects until Dec. 31. In Calgary, most residential properties have laneway access, but the approvals are still discretionary, according to architect Mark Ericksen, founding partner of Studio North.

Unlike Toronto houses with laneway access, located on lots that tend to be similarly proportioned, garden suites could potentially be permitted on a far broader range of properties, from older semis with compact backyards to newer homes in areas such as Etobicoke or North Toronto with large and even irregularly shaped swaths of real estate.

Architect Craig Race, co-founder of Lanescape, expects that garden suites will be “significantly smaller” than laneway housing, because they’ll be surrounded on three sides by other properties, so privacy will be more of an issue. It’s likely, for instance, that new regulations will be more particular about setbacks, footprint, height and backyard trees.

“They’re actually really interesting,” Ms. Levitt adds of these projects. “From an architectural and siting perspective, how do you design a new house so you’re not just staring at each other all the time?”

In the case of laneway suites, the city requires homeowners to provide an unimpeded 0.9-metre side alleyway for emergency services, and that rule will almost certainly become a core feature of the garden-suites bylaw. And as with laneway suites, utilities – water, sewer, electricity – will be shared with the main dwelling, instead of provided separately.

Less clear is how the city plans to deal with challenges from residents’ groups and neighbours. In recent years, Toronto council approved extremely rigid official plan policies and formulas for protecting “prevailing” neighbourhood “character.” These have been used to shoot down a growing list of otherwise modest form changes to residential properties, such as proposals for triplexes on single family lots. The garden-suites staff report allows that council may have to rethink some of these policies in order to permit backyard ADUs, but that process could take some time, and will almost certainly be challenged at the planning appeals tribunal.

Mr. Lintern says the planning department is trying to develop policies that allow the development of garden suites while respecting neighbourhood character, but without necessarily rewriting the official plan. He points out that the plan stresses the importance of making more housing choices available.

Quite apart from the wrangling over permitting and zoning policies, the garden-suites program will likely tap into a different kind of market than the laneway suites, which were always intended as rental properties and therefore qualified for various incentives, such as waived development charges.

Garden suites, because they’ll be entirely enclosed in a single backyard, may ultimately be more desirable for families seeking additional onsite dwelling units for elderly parents or adult children.

Garden suites are “a whole different market” than laneway suites, Sutton Group agent Josie Stern says. “There’s no question that properties with driveways or shared driveways will be prime candidates.” But, she adds, “I’m not so sure they’ll be for investors.”

Mr. Lintern allows that these structures may be desirable for multigenerational or extended families, but adds that the city’s zoning policies don’t prescribe the types of users. “The main thing we’re doing is inspiring some new form of rental housing instead of building your basement apartment,” he says. “You might build a garden suite or maybe a secondary suite. In the end, it’s a rental opportunity.”

At a conference in Portland in 2019, planners, contractors and architects put their heads together to develop new ideas and typologies for accessory dwelling units, which states such as California and Oregon increasingly view as an integral way of adding density to residential neighbourhoods that have become the exclusive preserve of homeowners. Portland, in fact, has seen a proliferation of architectural interpretations of ADUs, from those with sustainability features to others that stress accessibility.

As The New York Times noted of Portland’s “small house movement,” a local ADU project in 2016 won a prestigious American Institute of Architects award – high praise for dwellings once described as “granny flats.”

In both Toronto and Calgary, fairly prescriptive design guidelines have produced somewhat formulaic projects. Studio North’s Mark Erickson notes that these policies came into effect a few years ago when Calgary’s city council approved a blanket rezoning allowing ADUs. The guidelines were meant to halt outsized and unpopular projects “extruded” from the tops of garages. But, he says, the absence of guidelines also permitted more design flexibility.

Given that these projects cost about $300,000 to $350,000, most homeowners opt for an off-the-rack look instead of more distinctive, and therefore costly, architecture.