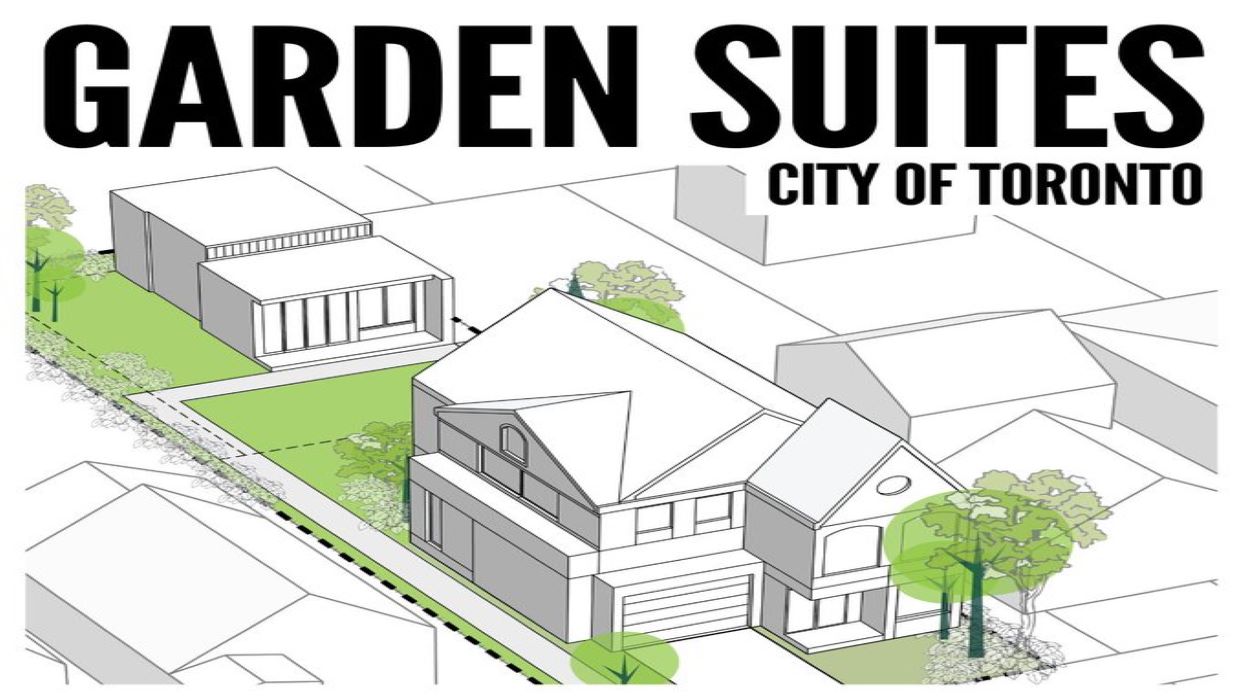 Lai Chung Liu and Diogo Pinto had their extended family in mind when they bought a much bigger property than they’d need last year.

“Units with in-law suites are really expensive and very desirable by investors so we instead looked for a big backyard,” Pinto said.

When Toronto city council passed a bylaw in February that would allow garden suites, that sounded like the perfect solution. A garden suite is “usually located in the backyard of an existing house, but separate and detached from the main house,” according to a definition released by the city.

“The garden suite offered an affordable alternative to add more space to the house where we can accommodate family members who want to move closer to us,” Liu said, noting both he and his partner are immigrants and reuniting with family is important to them.

Their excitement quickly dimmed when the bylaw was appealed to the Ontario Land Tribunal (OLT) by a group of Toronto residents’ associations. This week, the OLT dismissed the appeal, saying it did not have the jurisdiction to hear the application.

The group that launched the appeal says it’s disappointed. It cites environmental concerns and says developers could take advantage of the bylaw, making housing even less affordable. But the City of Toronto says allowing greater variety in the type and form of housing in its neighbourhoods is one solution to the housing crisis.

Pinto says he and his partner were relieved to hear about the dismissal. Within the next few years, they plan to design and build their dream garden suite, which they say will be environmentally friendly and have a smaller footprint than their main house.

“In the end, this is our property … We paid for it. I think we should be able to do what we like as long as we aren’t disturbing our neighbours,” Pinto said.

This ‘won’t be mom and pop building something’

William Roberts, the lawyer for the group who appealed the bylaw, says the move will do more harm than good for first-time home buyers, noting investment companies are already buying up houses to convert into multiple units.

“Now they’ll be competing with an investment firm that can see immediately they can slap a garden suite in a backyard,” said Roberts, who is also the chair of the Confederation of Resident and Ratepayer Associations in Toronto.

“Now all of a sudden there’s a different calculation and the price of housing will go up,” he said, adding the cost of building a garden suite can be hundreds of thousands of dollars.

In the appeal, the group of associations argued “the city clearly over-reached provincial regulations that limit garden suites to single detached, semi-detached, and townhouses. The alliance further states there are “neither legal authority, nor good planning arguments, to allow garden suites in zoning for multiplexes and low-rise apartments without development of appropriate standards.”

Christine Mercado, chair of the Long Branch Neighbourhood Association in west-end Toronto, says residents were excluded from presenting their planning concerns during the appeal.

“A lot of our concerns were environmentally based because this is a form of intensification in neighbourhoods,” she said, adding they’re concerned about how large the structures are allowed to be and what impact they’ll have on the neighbourhood tree canopy.

“When you start building an as-of-right building in a backyard, the tree removal is quite astounding.”

Mercado says the group is concerned that once significant trees are taken down, they’ll be lost forever.

“The city has declared we are under an environmental emergency and we think the city is doing a poor job of protecting significant trees.”

Bailão says she recognizes it’s not the only solution to the city’s housing needs, but says it’s one of a number of tools.

“It’s going to be creating a level of housing affordability and it’s going to create some equity in our neighbourhoods.”

Bailão says the tree protections outlined for garden suites in the bylaw are stronger than the policy for single-family homes.

“Anyone can buy a bungalow in Etobicoke and do what we call a ‘monster home’ …  and they wouldn’t have as much tree protection as we put in this bylaw,” she said.

Bailão also says if investors jump on the opportunity to build rental units, that’s not necessarily a bad thing.

“We also need rental stock in our city. Fifty per cent of people in our city live in rental units; sometimes people forget that.”

Meanwhile, Pinto looks forward to how garden suites might transform his area.

“Having more neighbours is good. Having a neighbourhood become more vibrant is good.”

All Credit To Original Posting: https://www.cbc.ca/news/canada/toronto/backyard-garden-suites-are-now-allowed-in-toronto-1.6513226