Just How Dense Should Our “Densification” Be? 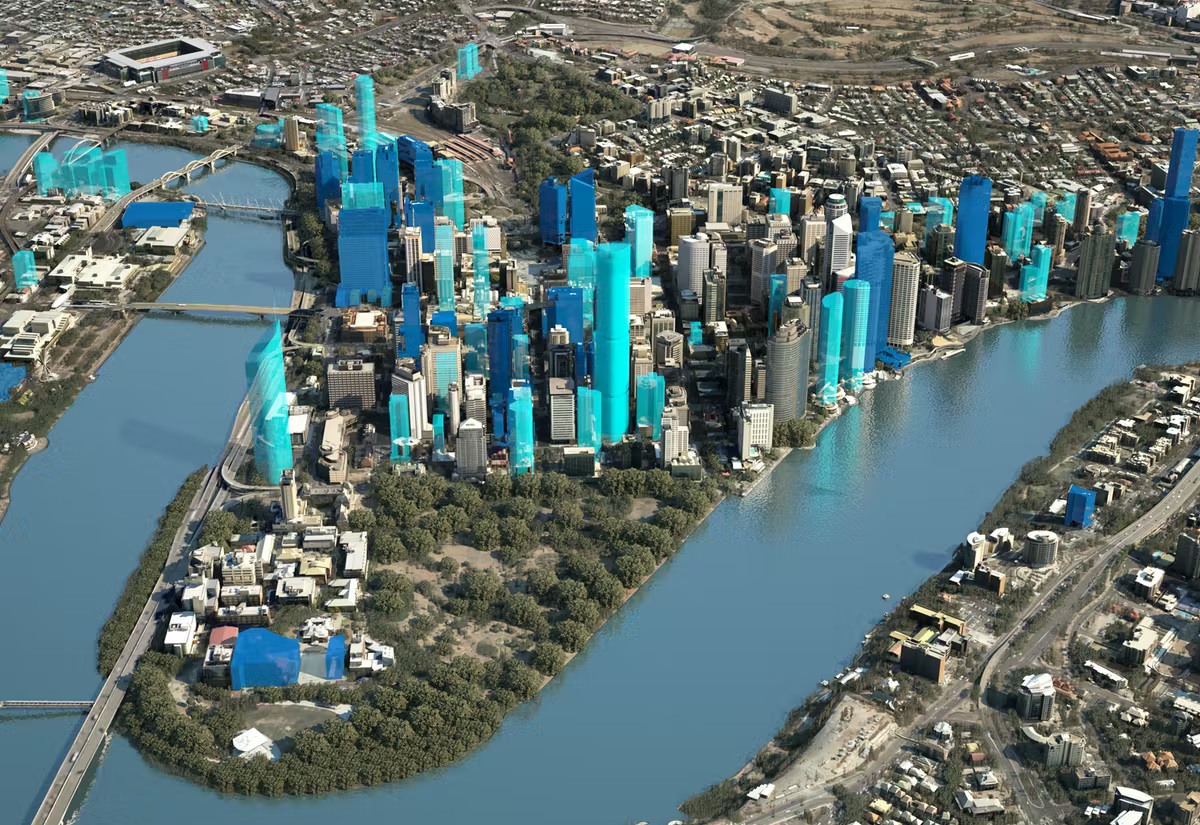 Life is just so much easier when there’s only black and white, right?

The dreaded grey area that complicates things to the umpteenth level.

That grey area in which endless arguments, debates, and disagreements live.

Answer a yes-or-no question with “that depends,” and you’ve entered into that grey area.

Respond with a “maybe” and now you’ve opened the door to qualifiers or conditions.

If we’re talking about city planning, especially when it comes to Toronto, is there anything worse – if you’re trying to come to a consensus, that is, than ending up in a grey area?

When I read articles in the major Toronto (online) newspapers about planning or development, I love reading the comments!  It’s not necessarily that I think these individuals are the most informed or the most articulate, but rather this is where I find the alternative viewpoints fascinating.

I was reading this article on the weekend:

This is very old; it’s from April of 2021.  But it was in my reading list for this long because I always wondered how this article would age.

The fact that Toronto “banned” large buildings on the east side of downtown back in April of 2021, and then in February of 2022, the Ontario government commissioned a “housing task force” that seemed to think red-tape at the municipal level was overwhelming, is highly ironic, if not amusing.

But it was the opposing views in the comments section that I found interesting.

Here are a few who applaud the tall-building ban:

I think this is great news. Every inch of downtown Toronto does not need to be dominated by skyscrapers and have that same generic look and feel. Let Old Town be Old Town and screw the developers who destroy the city with ugly, generic, grey boxes they call condos.

Great news. There is nothing but land all around the outer GTA, areas that could use the added value of construction projects. Build out there.

But that second comment makes no sense, right?  We’re going to build condos in the middle of nowhere in the “outer GTA” where there’s no infrastructure?  Huh?

I agree completely.  But most of the comments on here were from people who really don’t want anything built downtown because it’s “beautiful” as it is, and, well, they probably already own a house or condo.

So says this commenter:

This is great for people who already own their homes; less supply = higher prices. But it is obviously horrendous for anyone who has not yet found a way onto the property ladder, ie. our kids and grandkids. The City pretends to care about housing affordability and then it implements policy to destroy the possibility of density right where it is needed: in the downtown core on transit infrastructure.

I found the opposing views in the comments section interesting, but I was also interested in the hidden debate that seems to question what “densification” really is.

This is where we go from black-and-white to grey.

Are 100-storey towers in the downtown core part of “densification?”  What if these towers were only 80-storeys, or 70-storeys?

Or is the “densification” about how many towers exist?  What if nine new 30-storey towers were built next to one existing 30-storey tower?  Is it about the height of a building or the number of buildings on total?  Or both?

And where does densification begin?

Consider how many newer areas of the city have grown.  You start with one building, perhaps 5-storeys where everything else is a humble 2-storey dwelling.  Then along comes an application for a 9-storey building that ends up being approved at 7-storeys, or two storeys larger than the first.  You just know that the next building will be 10-storeys, and then 12-storeys after that, right?

This is what I’ve seen happen in Leaside over the past few years, and I wrote about this in December of 2020:

About five years ago, Gairloch Developments sought to change the face of Leaside with an 8-storey development on the north side of Bayview Avenue, just south of Davisville Avenue:

This has been followed by a steady drip of other projects around the same size.

Larid Drive in east-Leaside is going to be completely redeveloped.  There are two condos on the west side of Laird Drive currently being built, both 8-storeys:

All of these buildings are absolutely wild when you consider what was in Leaside before them, notably nothing of this size.

Change is gradual and yet it seems like these came out of nowhere!

But where does this lead?

Are we now in the early stages of “densification” of Leaside?

Can you even call this “densification” due to the size of these buildings?  I mean, 7-8 storeys, really?  Is this “dense?”

I suppose it depends on how we want to define “densification.”

At what point can we say that an area is undergoing “densification?”

Well, this is where the grey area is opened up, however, if there’s any debate to be had, I think I can pretty much end it with this:

What’s that, you ask?

It’s like we met, then got married.  Just skipped everything in between.

Exactly where is this building going to be located?

That’s not an area where you’d picture a twenty-five storey condo!

In fact, on the site right now are five 2-storey, residential dwellings.  Houses, in layman’s terms:

First of all, it’s incredible that somebody had the foresight to assemble this block of five residential dwellings in anticipation of a developer buying the block and building a condo there.  I know the group that assembled this, and it’s not their first rodeo.

But more importantly, why and how in the world are we going from 2-storey houses to a twenty-five storey condo on this site?

Is this the time of “densification” we’re after?

On the one hand, if we’re working with precedents of 7, 8, 9 storeys, we might assume that a similar sized condo would be approved on this site.

On the other hand, if we’re in favour of densification in the city of Toronto, then why mess around?  Why stop at 25-storeys, right?  How about we just throw up a 55-storey monster on a residential corner?

For those that know this area well, I can’t get past the fact that on the other side of these houses lays prestigious Bessborough Drive.

Of all the streets in Leaside, no road, avenue, drive, or boulevard has more panache than “Bessborough.”

Did we ever think there would come a time when the $4 Million houses on Bessborough Drive would have a 25-storey monster looking down on them?

The fact that this is Bessborough Drive or Leaside should have no bearing on this conversation.  It’s merely fodder for discussion.

It doesn’t change the question at hand, which will undoubtedly end up in a grey area: is this the type of densification that Toronto should be incorporating?

Let’s say this was Pape Avenue at approximately Browning Avenue.  Could we build a 25-storey tower there?  It’s walking distance to the Bloor-Danforth TTC line, probably the same distance as the proposed Leaside condo at Broadway/Bayview is from the upcoming LRT station at Bayview/Eglinton.

What about on Runnymede Avenue, at Colbeck Street or Ardagh Street?  Can you picture a 25-storey tower there?  This is also a quick walk to the Bloor/Runnymede TTC station.

Both of these locations, if you’re familiar with the areas, would be the last place in the city you’d expect to find a 25-storey condo.  And the neighbours would be absolutely aghast!

The neighbours in Leaside are aghast, of course, with social media groups on fire and protests scheduled.

But residents of any area, be it Leaside, or Playter Estates, or Bloor West Village, are free to protest all they want.  It just might not do them any good if there is existing legislation to permit low-rise, mid-rise, or high-rise developments.

Amendment 405 to the Official Plan of the City of Toronto is a solid 67-page read, if you’re interested.

I will admit, with the help of “CTRL F” and “Bayview,” I saved us all a lot of time!

The “Village” of Bayview-Leaside shall permit 8-storey condominiums.

However, the “Bayview Focus Area” shall permit 20-35 storey condominiums, and that’s where this development at Bayview & Broadway is located.

The residents of Leaside will claim that this development is just on the outside of what should be considered the “Focus Area,” and that the development should be no more than 8-storeys.  Or maybe they’ll argue “the spirit” of the legislation isn’t in line with the application that was submitted.

In my humble opinion, this tower, like almost every other condo in the city, is going to be financed by investors.  75% of the units in this building will be of the 1-bedroom variety, and I don’t see a single one of these units selling in pre-construction to an end-user.

But does that matter?  Does that affect where and when we allow densification?

Amendment 405 uses the term “intensification” which I take to mean “densification on steroids.”

Just how intense to we we want our neighbourhoods to look in five, ten, or fifteen years?

All Credit To Original Posting https://torontorealtyblog.com/blog/just-how-dense-should-our-densification-be/