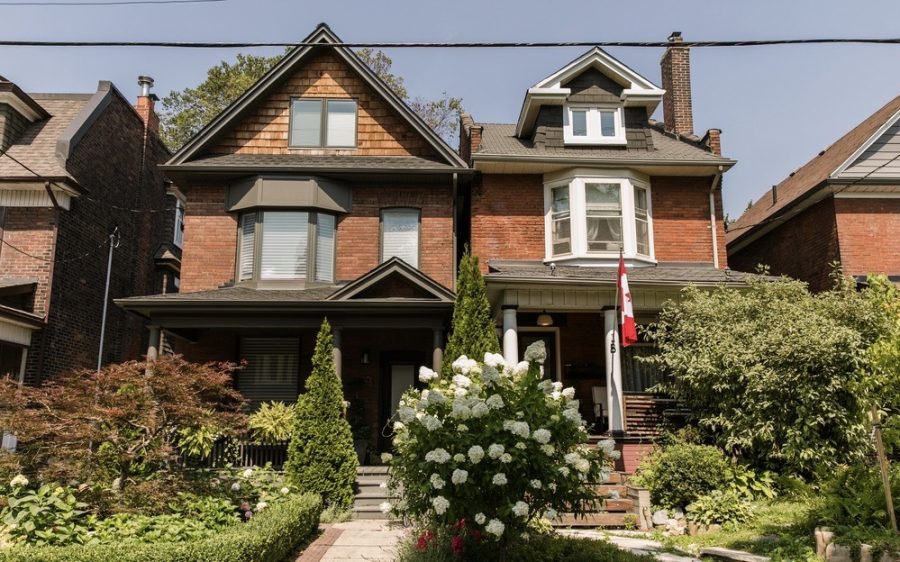 We’re just four months into 2021, and we’ve already seen a monumental shift in Toronto’s housing market with home sales and prices soaring to heights unheard of a year ago when the initial impacts of COVID crippled the economy and brought the housing market to a near standstill.

And while last month’s numbers are undoubtedly attention-grabbing, and serve as a stark reminder of where we were a year ago — a time when pandemic measures halted open houses and abruptly hit sales and prices — the numbers are worthy of attention for another, more concerning reason: March sales and prices have blown past a previous record set in 2016, amid the real estate boom which led to governments introducing measures to cool the market.

In 2016, the frenzied activity pushed federal and provincial governments to take steps to cool the market — particularly in major cities like Vancouver and Toronto — to prevent Canadian homebuyers from sinking further into debt. This included new measures to slow the injection of foreign cash and tightening eligibility rules for prospective borrowers.

Starting in the fall of 2017, all insured mortgages had to undergo a stress test to determine whether or not a borrower could qualify for a home mortgage based on income and expenses. To pass the stress test, you need to prove you can afford payments at a qualifying interest rate which is typically higher than the actual rate in your mortgage contract.

Then, in a move to reduce the flow of foreign cash into markets like Toronto and Vancouver, the government announced it would tighten a loophole on an exemption that allows homeowners to avoid paying capital gains tax on the sale of a principal residence.

With demand soaring, inventory generally low, and property values rapidly increasing, the Canadian housing market is overheating, even recently having been called a “national concern.”

Because of this, several industry leaders have publicly called on policymakers to once again take steps to cool the market down, including Robert Hogue, an economist at Royal Bank of Canada, the country’s largest bank and biggest mortgage lender.

Hogue has argued that policymakers should step in and do something because an overheated housing market threatens to “destabilize the economy down the road if or when a correction occurs, with possible heavy costs for governments.”

“The threat is particularly potent because excessively high price expectations are widespread,” says Hogue, adding that Canada hasn’t had a market overheating of this scope since the late 1980s.

Hogue has said policymakers should consider a variety of options, including unpopular ideas like taxing capital gains on the sale of principal residences.

And while Hogue isn’t alone with his calls for assistance to cool the market, a Canadian real estate firm has asked governments to be “cautious” with cooling measures such as policies and taxes that have served as short-term fixes in the past but have not provided a long-term solution to Canada’s housing affordability crisis.

Though, measures like this are more unfavourable, with TRREB CEO John DiMichele pushing back against tax changes, saying, “policies focussed on demand, such as a capital gains tax on primary residences, can have a short-term impact, but can also be fraught with unintended consequences like further stifling the supply of listings.”

The federal minister responsible for the housing portfolio has also said his government will “not entertain” such a policy option, a move that DeMichele says is the right decision.

“We have been saying for too long now that policymakers must focus on the long-term goal of increasing housing supply in order to accommodate current and future demand,” added DiMichele.

With Canada’s next federal budget expected to be presented by finance minister Chrystia Freeland in the House of Commons on April 19, there are speculations if there will be anything introduced to help cool the housing market.

Benjamin Tal, deputy chief economist at CIBC, recently said he thinks there will be some measures that will slow down demand, and added, “but the real issue is supply and this is something we need to start working on.”

And while adding supply is a long-term solution, Tal added, “The big issue in the GTA and other places like Vancouver is simply a lack of supply given the significant increase in demand.”

While policymakers have maintained that the combination of low-interest rates and demand for larger properties fueled by the pandemic are driving the market, they’ve also indicated they’re watching the market closely.

Hopefully they’re watching it like a hawk (and not a bull).

ShareTweetPin itShare
Previous
Just How Dense Should Our “Densification” Be?
Next
Garden suites: A new strategy for adding gentle housing density